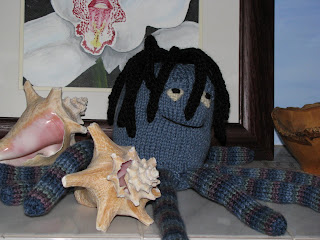 Octapus with attitude, eight legs and eight dregs, too cool for the pool...


Quick project and good practise for double point needle knitting. Nothing too tricky and can be made of left over yarn, worsted weight, even using different colours for the legs and dregs.

Legs; (make eight of course): Cast on 12 stitches and divide onto 3 needles, join without twisting. Work in Knit stitch around the 12 sts for 8 inches. Next row, [K2 together] repeat across (6 sts left). Break off yarn and with darning needle, thread tail of yarn through last 6 sts, and gather and fasten off.

Dredlocks (make 8 or more): Using 2 needles only of the 4.5 DPN's, Cast on 4 sts. Make 4 stitch I-cord..... Knit across 4 sts. WITHOUT turning to back side, slide yarn from right edge back to left edge of needle, and holding yarn to back side of dred', Knit across again using 2nd needle... this will form a small tube with all the knit stitches on the outside. Keep knitting the right side only, sliding across the needle to get into position after each row. Work until 6 inches, then break yarn and gather the 4 sts together and fasten. 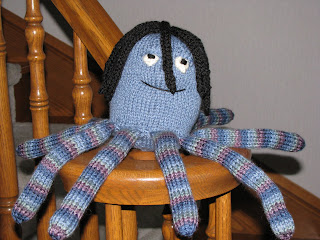 Use darning needle and matching yarn, to sew the legs to the base , evenly spaced around the circle. Sew the base to the body, leaving the legs to dangle freely
. 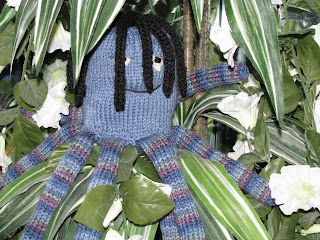 Sewing eyes to face: Using white yarn, stitch eyes into position (see photo). use black yarn and darn pupils to lower half of white eye. Then, stitch eyelids over white to just touch black pupil for that perfect lazy look.

Mouth: This is made with a long piece of black yarn, fastened at the base of the dredlocks, carefully needled through the stuffing to come out at one side of smile, then put needle back into stuffing at other side of smile and feed needle through center of stuffing back to base of dredlocks, and fasten off (if you pull it slightly, you will make an indented smile- play with it a bit before you secure it off and cut yarn.)

Thank you for the wicked pattern. Ive been looking all over for something to make my sister and this is perfect! 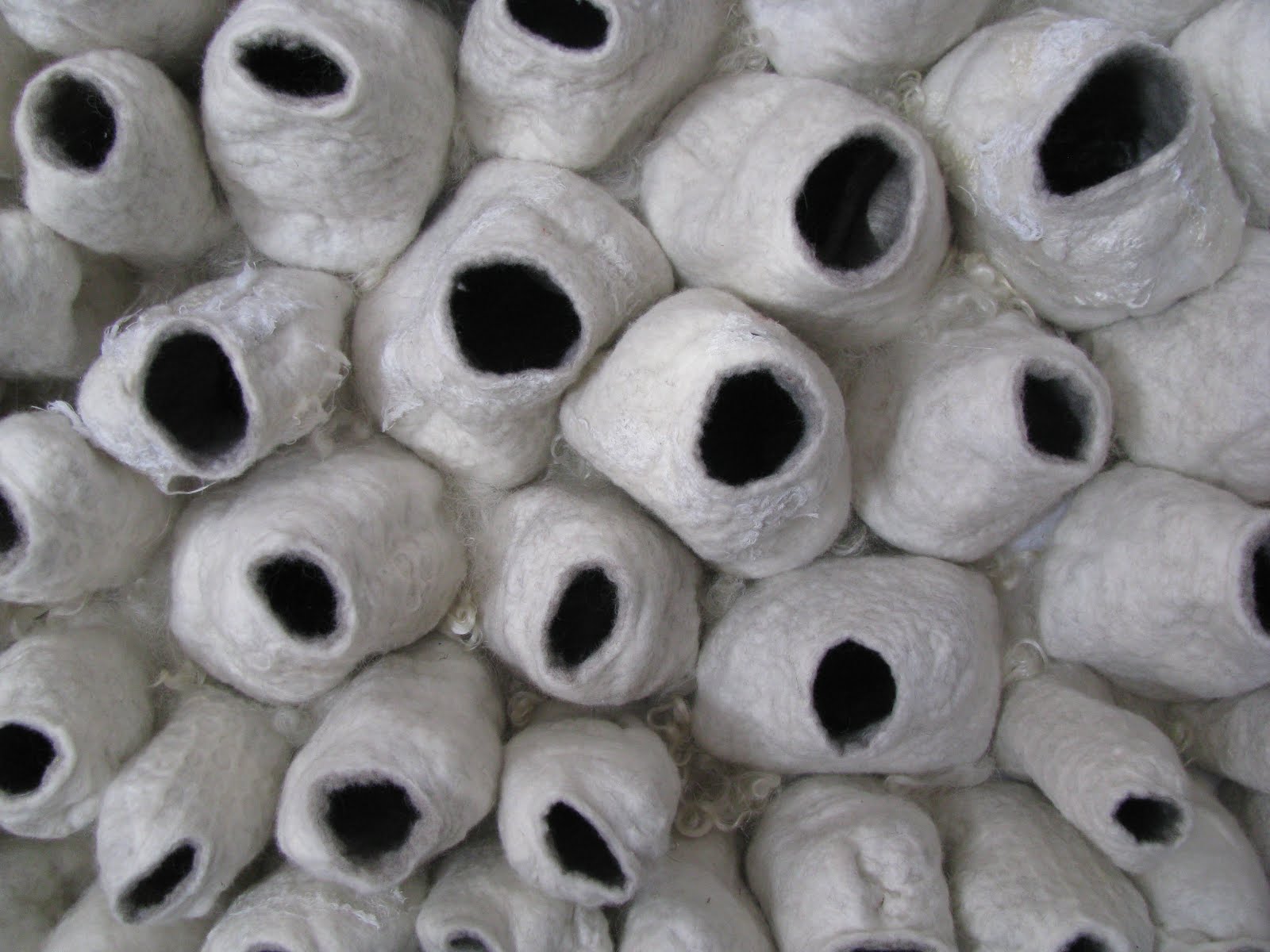 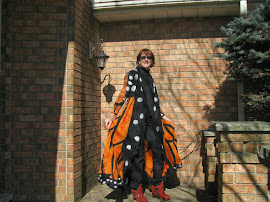 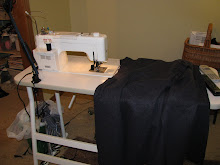